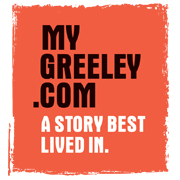 An Evening with John Fielder:

With a special tribute to Peggy Ford Waldo

Renowned Colorado photographer John Fielder presents photographs, beautiful music, and stories from his four-year project exploring Weld County. From golden wheat to green alfalfa fields; from the confluence of the South Platte and Poudre rivers to the Pawnee Buttes and National Grasslands; from public art in Frederick to barely standing buildings of bygone eras in New Raymer and Grover, Fielder has documented untold gems of both the natural and human history of Weld County. Also see Weld County fade from Then to Now from the archives of Greeley Museums.

You’ve seen and read about the book of the same name Weld County: 4,000 Square Miles of Grandeur, Greatness & Yesterdays every Saturday in the Greeley Tribune…now see what’s inside on the big screen at Greeley’s largest concert hall! Copies of the book will be available for sale and signing by John beginning at 6:00 p.m. before the show, and after the show. You may also bring previously purchased copies for John to personalize.